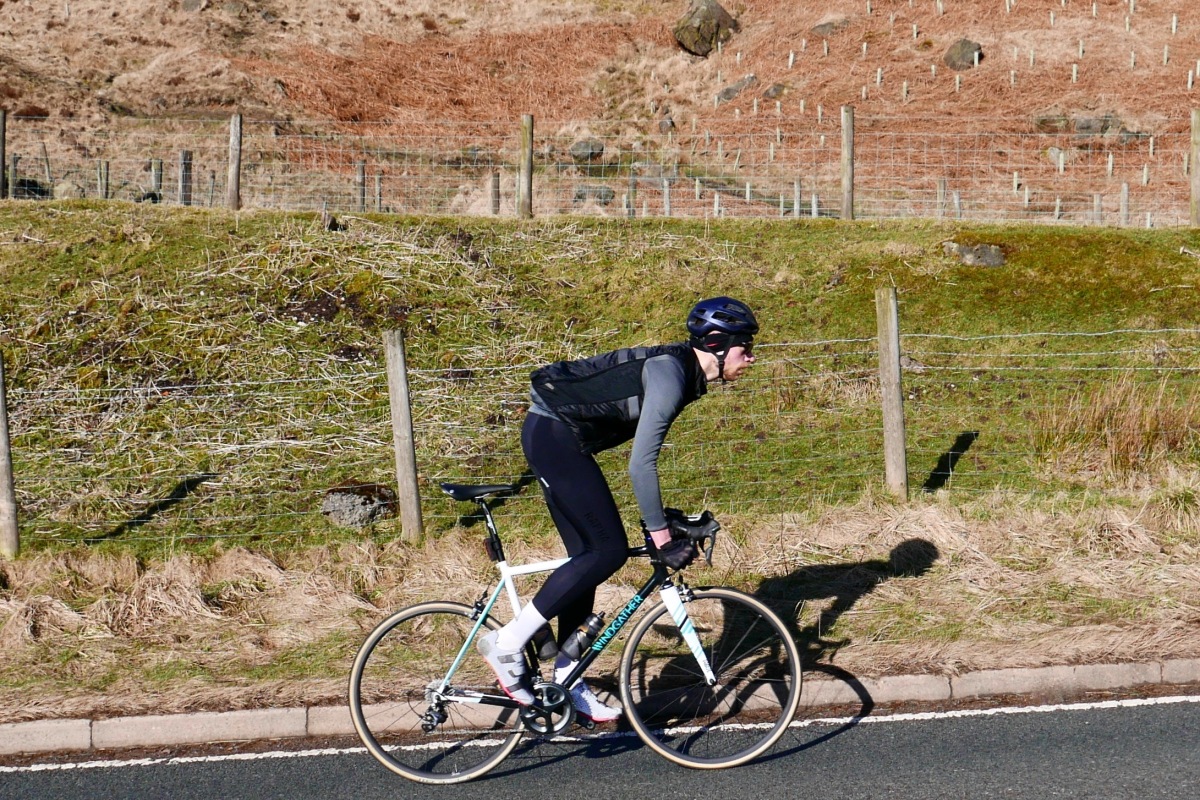 Look up metal fabrication in a dictionary and the terms cutting, bending and assembling do little to suggest the artistry involved in the creation of a bicycle frame. Though in some cases mass-produced to meet a certain price point, custom fabrication allows for the maker to tune a build to the particular needs of the rider. But would the emotional investment be somehow more significant – as in Giovanni Infantino’s case – if the builder happens to be the intended user?

Where do you ride? Your favourite routes?

Into the Peaks. Always. Snake Pass from Glossop and the huge descent into Hope before taking on Mam Nick and back through the Cheshire lanes. It doesn’t get much better in this part of the world.

And the reason you ride?

The freedom and headspace it affords you. That sense of unpredictability in that every ride is an adventure; whether it’s your commute to work or a 160 km loop through the Peaks. The seasons and weather, the company you keep or the stillness of a solo ride; all play a part in making every ride unique.

Is there an emotional connection to the landscapes you ride?

The suffering is an important aspect as masochistic as this sounds. Testing yourself on the hills; that sense of being truly alive despite the momentary discomfort. Winnats Pass is a great example of such a climb. Intimidating due to the long stretches of 20% with time enough, over its 2.3km length, to explore a world of pain before you crest the false flat at the top. And it’s this relationship with cycling that I feel mirrors my music experiences when I played in black metal and hardcore punk bands. Both extreme and intense in their own individual ways. 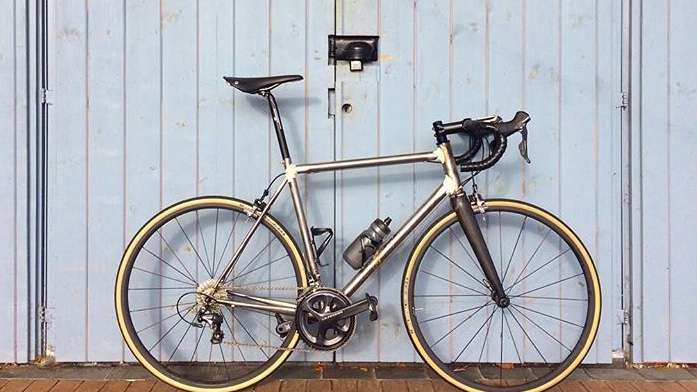 You’ve recently been on a frame building course.

I was researching courses and decided on the Bicycle Academy as they offered different types of experiences from a one day brazing course to a 2 week masterclass. My plan was to build a fast, lightweight bike. Something that could take short, sharp climbs in its stride but also capable of competing on the rolling terrain of a road race or the punchy corners of a crit.

How did you find the course?

I had a little idea of what to expect after researching frame building online. YouTube is a great resource as it’s full of tinkerers keen to show the progress of their builds but nothing can really prepare you for the actual reality of doing something first hand. And I found the Bicycle Academy offered just the right balance of theory and note jotting to hands on grafting. Learning the basics of frame geometry before an introduction to fillet brazing, mitring and using a jig for our bespoke frames. It was all very complicated, yet simple at the same time. And words can’t express the level of satisfaction you get from labouring on something you 100% care about.

You went to Sheffield for paint?

I’ve been a huge admirer of Field Cycles for the last couple of years and I knew they offered a painting service through Cromaworks. I regard John as being one of the best painters in the country from seeing his work in the flesh last year, so I knew I wanted him to paint my frame.

How did you go about creating the paint design? Why those colours and patterns?

The design period for me was just as challenging as the build at the Bicycle Academy. I spent long evenings with a sketch pad and pencils coming up with various schemes. I think I must have rejected 6 designs until I was happy with the final one. The colours are based on the palette of the Peak District. The black green a tribute to the ‘Dark Peaks’, the light green a reminder of the summer months when the sun captures the rolling hills and fields and the white referencing the overarching sky that ties together all the seasons of the year. And then you have the patterns. A homage to 80s cycling like the Peugeot-Michelin and Raleigh-Panasonic teams. I’ve got a weakness for a pinstripe!

Windgather is a climb in the Peaks and also happens to be one of my first ever climbs. I remember it being in the middle of winter, in snowy conditions, when I was just beginning my love affair with cycling. Climbing your first proper hill;  it’s like a rite of passage for any cyclist and everyone has ‘their’ climb. And Windgather just happens to be mine.

Is this a brand and, if so, what does it signify?

It’s still too early to talk about it being a brand. For the moment I just want to focus on developing my brazing and mitring technique before I think about stuff like that. I also need to iron out a plan with Andy [Doyle] on the direction we want to go with our builds.

In your opinion, how does a custom steel frame differ from a mass-manufactured build?

I’ve always ridden steel. The look, history and aesthetic is far more appealing to me. Carbon builds look too space-age and they just don’t age well in my opinion. There isn’t anything wrong with OTP frames; they serve a purpose and not everyone can afford a custom build. And lots of independent builders are now producing standard sized frames as it shortens the lead time and the rider still gets a high quality build but at a more affordable price. But a true custom build definitely feels different. It’s like wearing a perfectly sized glove or shoe. The comfort levels can’t be matched and this, in turn, carries through to the speed and handling.

Which fabricators do you look to for inspiration?

Ricky Feather is a dab hand with his lugs and his builds beautifully marry form and function. And then there’s Field Works which are a good example of standard frames done to perfection using TIG welding instead of brazing. Tom Donhou’s another builder constantly challenging himself to produce innovative designs. His recently released DSS3 frame really grabbed my attention. The 3D printed seat lug is so sleek. Trends naturally change over time and I’ve noticed that people really like their CX/Gravel/Adventure or whatever-you-want-to-call-it builds at the minute.

You’re building your own workshop?

I work as a grocer for a successful independent food retailer in Manchester and that’s not the highest paid job in the world. Don’t get me wrong, I love what I do, but I knew I’d have to make sacrifices so was fortunate to be able to move back into my Mum’s cottage in Bolton where I could erect a shed in her garden. It’s surprising how little it really costs to have a basic setup. A bench, some files and a gas kit. My focus is to develop my brazing and mitring skills over the next year and then see where I’m at for build number two. I might have built a frame but I’m not a frame builder. Not yet.