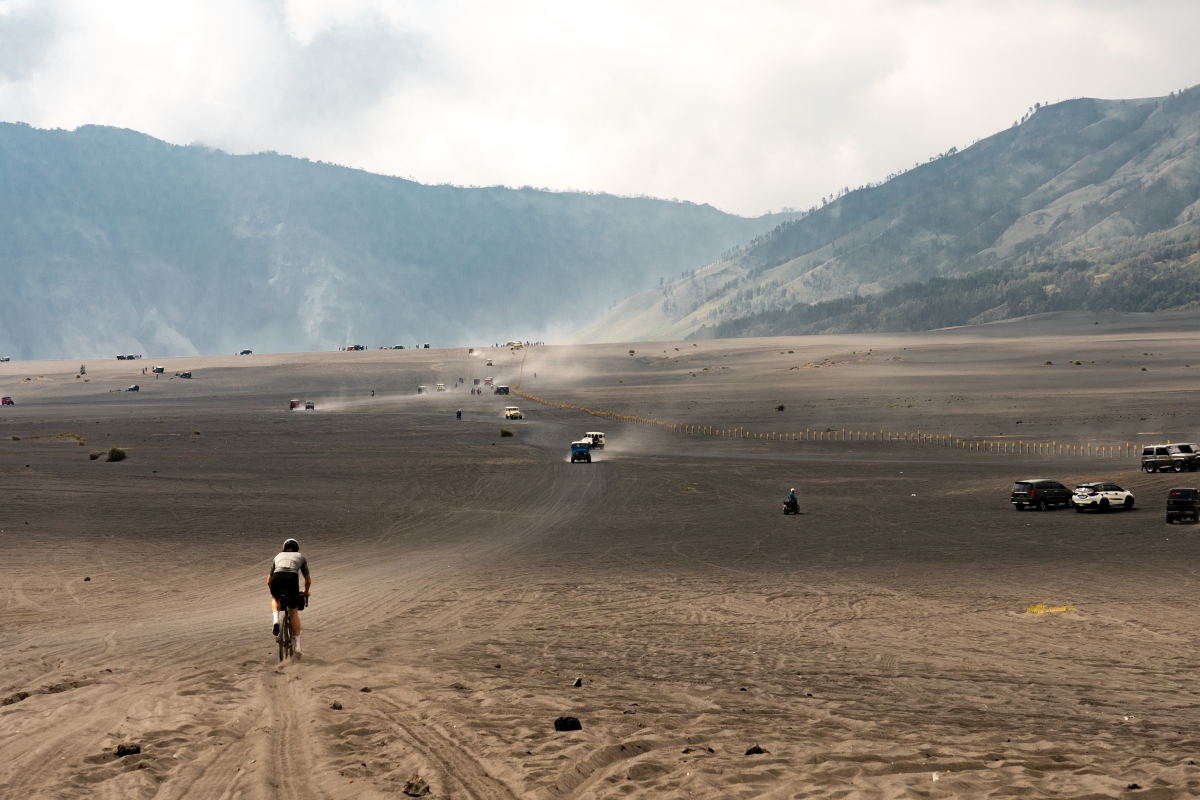 As Komoot’s community manager for Spain, Sami Sauri has recently settled down to a comparatively 9-5 routine (if you count Sufferfest collaborations with Wahoo and making plans to ride with Specialized as everyday life). And finding she had some vacation time over winter but wanting a holiday rather than a new project, Indonesia was decided on as the destination. With no filming schedule or post-production commitments – Sami just taking a camera to capture her days on the road – this was to be a biking holiday with her friend Jack and an opportunity to soak up and experience an unfamiliar culture.

Now back in Girona but housebound due to the Coronavirus lockdown, Sami took time to reflect on her trip and chat candidly about the intense heat, her interactions with the local population and why it’s perhaps inadvisable to eat in low lit restaurants.

Oh, man. I enjoyed every single moment of this trip. Well, nearly every minute [laughs]. It was my first time in the Far East and my first time riding in such a humid environment. And they drive on the other side of the road which also took a little getting used to. So everything was very different but also incredibly photogenic. I just wanted to stop everywhere to take a picture. Which can sometimes get a little tricky if you actually want to complete your journey [laughs].

But if you see something amazing, you kind of want to document it?

It’s a balance because we did have a plan. An A to B route with a flight to catch when we got to our final stop. So we couldn’t not get there. 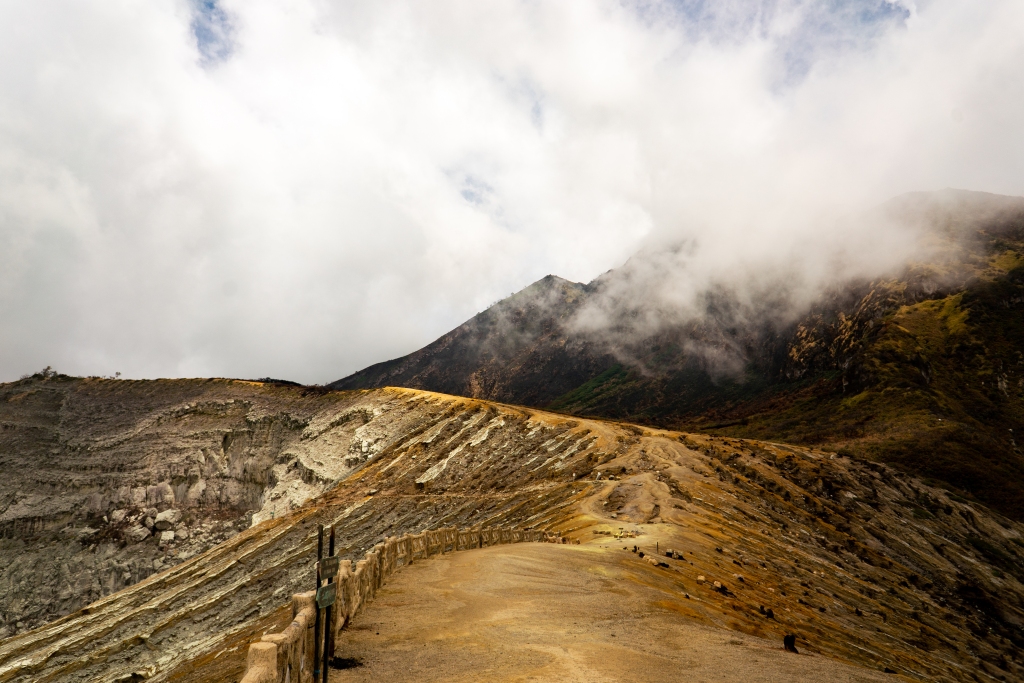 How did the idea for the trip come about?

I’d talked to Jack [Thompson] about going somewhere over winter. He rides as a living so is fairly flexible and I was owed some vacation time so we just decided to go for it [laughs].

And why this particular destination?

Jack had a good contact in the Bali tourism office and we thought it would be fun to spend Christmas somewhere sunny. Not something I’ve ever done before. And because I had a few spare days we also planned to have time on the beach so that I could surf. So we had 10 days for riding and another 5 for Christmas and just chilling out.

You mentioned that Jack rides bikes for a living?

On Instagram he’s @jackultracyclist. He thinks up these crazy challenges like doing three Everestings over three days in three different countries. Or riding 1,200 km from Girona to Portugal in 56 hours non-stop.

With Route 66 you’ve done some pretty big rides yourself, so riding together on this trip, how did your personalities bounce off each other?

To be really honest it was interesting because all my other long trips have been with Gus [Morton] and we’d be filming and working on a project. Indonesia still had the element of photography but it was like starting from zero and learning about each other. And we did have one little meltdown.

Yeah, of course [laughs]. It happened before when [Gus and I] were filming Thereabouts and I think it would still happen if it was just two friends. You’re a little tired and irritable and you need some space but that’s hard to do if you’re travelling together. So we had this one night and then in the morning it was fine again. And Jack’s a very easygoing person in general and he speaks Balinese – is that a language [smiles] – or is it Indonesian?

That must have come in handy.

He was speaking with the locals along the route which was really cool.

Your photographs show a variety of very different landscapes. Farmland and rainforest but also arid and rocky highlands.

Jack had this route figured out that linked together all these volcanoes. The first one we rode up is the most active volcano in Indonesia. Impressive because people are just living right below its ridge. All these little houses and places to eat jumbled together and the most recent eruption was only in 2011.

Yeah, right [laughs]. And we rode right up to the top.

So you had this route planned out but what were your first impressions when you flew in?

It was 9:00pm at night, I wasn’t even moving and I’d started sweating. So I was, ‘Oh my God, I’m going to die.’ So hot that I was really concerned whether I’d be able to ride. But then we took a taxi and as we drove away from the airport you could see the people in the street and all this life going on outside. So energetic and vibrant that this sense of excitement took away any worries.

It’s very noticeable that many of your photographs feature the people you saw on the road or talked with in the towns and villages.

Thanks to Jack it was a little easier to communicate. And the first three days we were still in modern Indonesia. There’s a lot of tourism on Bali island so you get the recognisable restaurants and supermarkets. But then we took the boat across to Java. And suddenly, no tourists.

That must have been quite a contrast?

Indonesia has lots of different cultures and religions and in the fishing town where we were dropped off you could see evidence of this in the sights and sounds of everyday life. And then we pitched up and I’m wearing a t-shirt and shorts – it’s super hot – and girls would stop and ask to have their photograph taken with me as this was the first time they’d seen a woman with tattoos.

The centre of attention?

Absolutely. We’d be riding and people would pull over their car to take a photo. Some of them could speak a little English and everyone says hello. Wherever you ride in Bali and Java; hello, hello, hello [laughs].

The colours in your images are also incredibly vivid.

The landscape was super varied as we rode. A lush green that gradually changed to the oranges and browns of rock and sand the higher we climbed. A very sensory environment with woodsmoke and the smells of cooking from early in the morning.

Is travelling by bike a common sight?

There’s an established community of cyclists in the big cities. But in the more remote areas, sometimes they’d spot you and shout the whole family to come out and see.

And you were stopping off and eating on the road?

I’ll be honest. It was hard. For me, it was the first time I’d ever travelled to this part of the world. So I didn’t really know what to eat. Jack had more of an idea and he’d recommend this or that. And we ate a lot of ice cream to cool us down [laughs]. One evening we were in a restaurant on the beach and it was pretty dark. We’d ordered this plate of rice mixed with different types of vegetables. Everything is usually covered in chillies and I’d asked if they could keep them separate. But then what I mistook for a carrot… 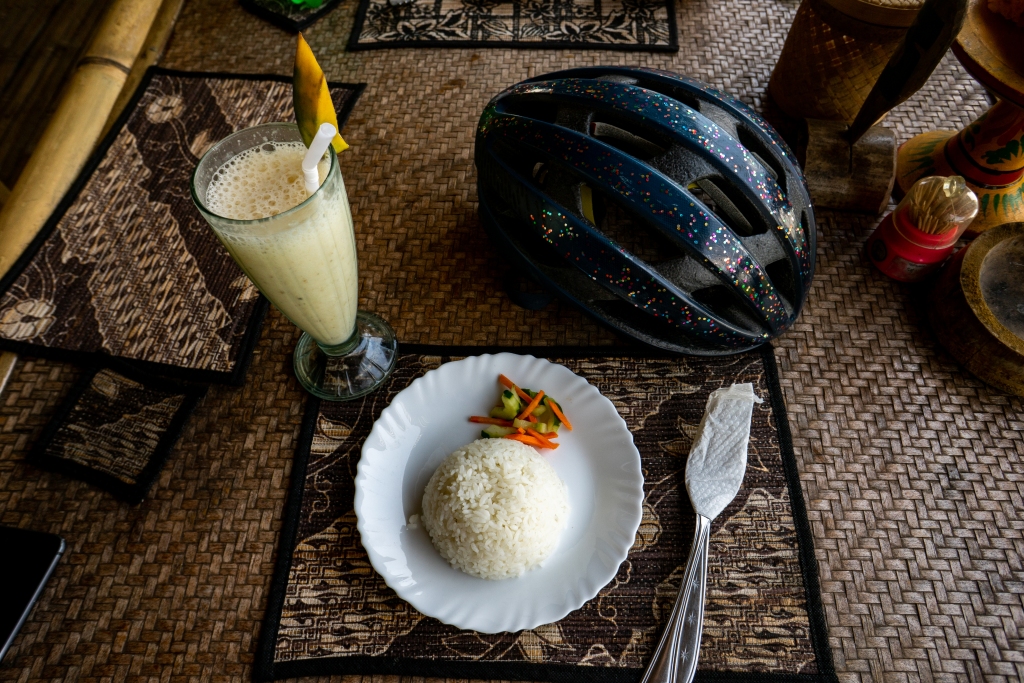 I can see this coming.

…was this huge chilli. And I hate spicy things. I just can’t deal with it. And this blew my mouth wide open and next morning I woke up with a massive allergic reaction. My face was blown up like a balloon. And this was also the same day I had the meltdown with Jack [laughs]. But we had a flight booked so I had to keep riding and then we had this torrential rain so it really couldn’t get any worse. Rivers of water flowing down the streets; it was impossible to ride. So we just took a taxi and headed back to Bali where I enjoyed a few days of surfing. A nice way to end our holiday.

Looking back at the whole trip, what were the most memorable moments?

The friendliness of the people definitely stood out. As for the riding, we had some steep-ass climbs but then you’d get an awesome downhill section. An unbelievably beautiful landscape where we’d turn to look back and see a volcano rising up out of the rainforest below. The spicy food I’m not going to include in this list [laughs] but everything else was pretty amazing.

Photographs of Sami by Jack Thompson

This interview was first published on the Far Ride journal