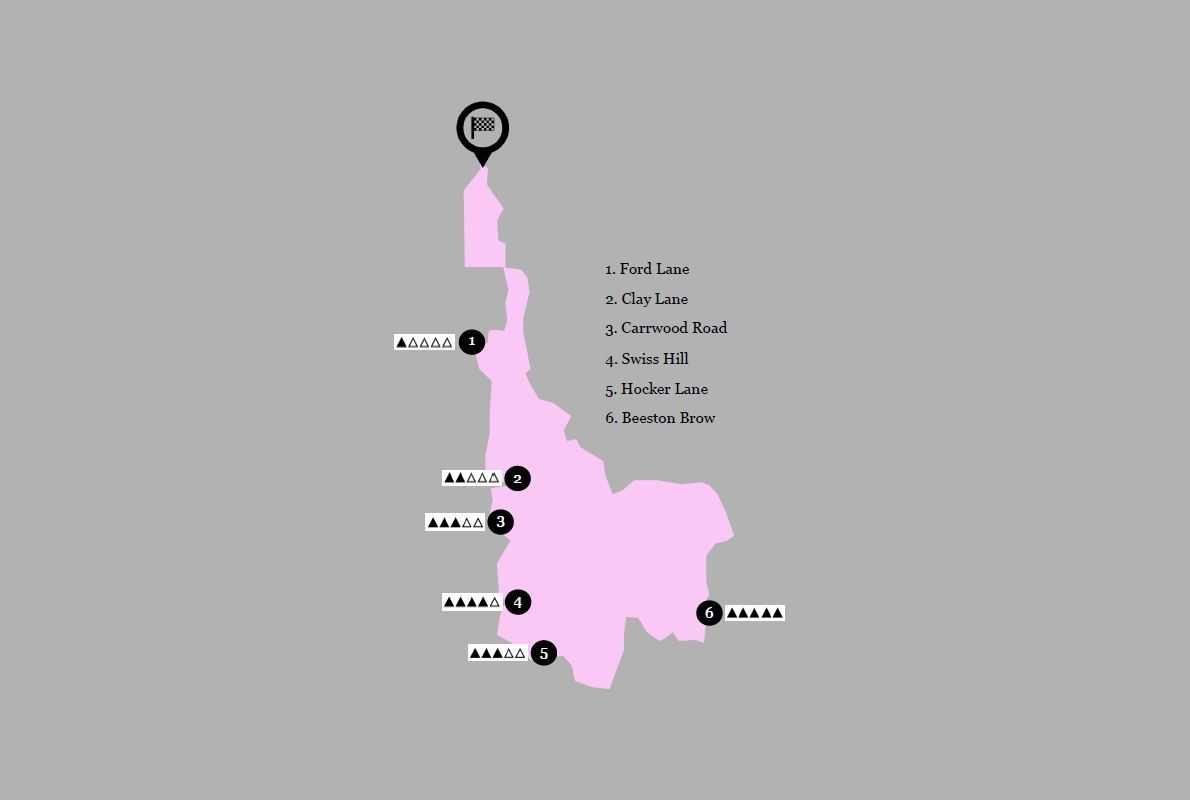 Riders from Rapha Manchester rolled out on the morning of Sunday 9th April to pay tribute to Paris Roubaix. Taking in a mixture of gravel paths and cobbled lanes to the south of the city, the 50 mile ride included the iconic climbs of Swiss Hill and Beeston Brow before returning to the clubhouse in time to witness the race leaders enter the Roubaix velodrome.

One of the ‘Monuments’ of the European professional race calendar, the race has been contested a total of 117 times since its inaugural run in 1896. Commonly referred to as the ‘Hell of the North’; this appellation acknowledges not only the challenges of racing over sections of cobblestone pavé but the First World War battlefields the route crosses.

With the Manchester tribute comprising six sectors of varying degrees of difficulty – the cobbled climbs peaking at a challenging 25% gradient – recently joined Rapha Cycling Club (RCC) member Hannah Davies reflected on the ride over a cold beer back at the clubhouse.

You’re quite new to the RCC?

I’d been riding for about two years – enjoying the Saturday Women’s Rides out of the Manchester clubhouse – but never considered joining a cycle club before.

Was there anything that put you off? A perception, maybe?

I did think that clubs looked very elitist from the outside. But then I rode the Rapha Women’s 100 last summer and everyone was so friendly that I just went from there.

And joined the RCC?

I wanted more options. More rides to go on. To ride in a mixed group with faster people so I could get stronger.

How do you find group riding?

I was a bit self-conscious at first and a little apprehensive. If you’ve not done this before it can be a little nerve-wracking but ride leaders like Sarah really help in developing these skills. You have to put your trust in the people you’re riding with. And there’s no way I would have done this ride on my own.

Were you looking forward to today?

To be honest I wasn’t, no. Just because I’d never ridden on cobbles before. I thought I couldn’t do it and I wouldn’t enjoy it. So I wasn’t keen.

But you still signed up for the ride?

Sarah didn’t really give me much choice [laughing].

And how did you find it?

It was ace. Some of the gravel paths early on, I was worried that I might come off but I was fine. And later, when we got to the climbs, it wasn’t the cobbles that were actually hard. It was the gradient.

How did you feel at the top?

I was elated. So pleased that I’d achieved it. But that’s why you ride, isn’t it? It’s a whole series of mini challenges that you complete. But I’ve never completed them all because I’m forever moving the goalposts and that’s what motivates me. I just feel I’m progressing with the club; I can see that I’m getting quicker. And cycling means so much to me. It keeps me sane; makes me feel happy.