In a country known for its cross-country skiing, having a father and brother both winning national cycling titles added a nuanced aspect to a childhood growing up in the small Norwegian town of Tönsberg. Not that Henrik Orre decided to follow the same path and race professionally; choosing instead to enrol in chef school before starting his first cooking job at the age of 18. But cycling nevertheless has been a thread woven through Henrik’s career to date. Initially when he took on the role as chef for Team Sky, through his series of Velochef publications and then, more recently, in the launch of Service Course Oslo.

Now that he’s putting the finishing touches to opening his kitchen to guests and illustrated by images taken from his third Velochef volume, Henrik talks about the hard hours required to achieve the highest level of culinary art, where he rides his bike on his rare days off and how childhood days as a Scout inspired him to take his cooking outdoors.

‘I never got into racing like my father and brother. I just had an old BMX bike that I used to ride around where we lived. I saw how much effort was required from my brother to race on a national level and thought, yeah, you go do that and I’ll try something different [laughs].’

No stranger to hard work, Henrik’s competitive nature came to the fore when he gained a place on the Norwegian National Culinary Team before going on to win the Culinary World Cup. His experiences working under a head chef who didn’t advocate an old-school approach to kitchen management encouraging Henrik to develop his own style of leadership based on friendliness rather than fear.

‘I learned a lot and respected that attitude so I guess I was trained in the same mould. Leading by example rather than just shouting at people. And restaurant work will always be special for me. Starting from scratch; taking a new team from zero up to our two Michelin stars in less than a couple of years. A lot of hard work but it’s so satisfying to see the reactions of your guests when a beautiful plate of food is placed in front of them. And to pull this off – night after night – you need a very sophisticated team working at the highest level. From the kitchen right through to front of house; more a lifestyle than a job really.’

Accepting the role of Team Sky chef in 2013, Henrik quickly discovered that although the quantities may be more substantial, professional cyclists appreciate food that tastes amazing just as much as his restaurant guests. The consideration of nutritional requirements just one element of a far-reaching focus on detail that made the team much talked about both in the media and on the professional race circuit.

‘We could even translate Team Sky’s marginal gains in terms of food. Looking at every step of our operations and leading to us investing in a mobile kitchen truck to provide a safer and more efficient environment to prepare our meals. Much more controlled in terms of hygiene as it removed the need to use hotel kitchens. Even down to the way we transported our food in a temperature-controlled vehicle.’

Mentally throwing a switch to cope with the intensity of life on the road, Henrik describes working in a professional bubble for up to 4 weeks at a time; the circus-like atmosphere of the Tour being a particular favourite race. Plans that were made the previous December implemented during the early season and culminating in victory on the Champs-Élysées. A working culture, as Henrik sees it, where every team member counts towards helping the riders perform at their best whenever it’s needed.

‘I loved my time with Team Sky but it was hard work and when you’re on the road it’s difficult to switch off. My day would normally start around 7:00am when I’d go straight down to my kitchen to start on the breakfasts. The boys would then head off on the bus, leaving us to pack up the truck ready for our transfer. This could involve anything from one to four hours of driving depending on the route with hopefully enough time to do some shopping and sit down to lunch after arriving at the next hotel. But then you’d have to immediately start prepping for the team dinner. Working through the evening and then straight to bed. No chilled time at all [smiles].’

Following a conversation with the photographer Patrik Engstöm in 2015, the Velochef concept grew from Henrik combining his previous restaurant experience with his role at Team Sky. Having worked together previously, Patrik suggested the idea of producing a cookbook that married healthy food and cycle culture. Fast forward a few months and ‘Velochef: Food for Training and Competition’ was published containing 80 healthy recipes based around meals to have before, during, and after training. 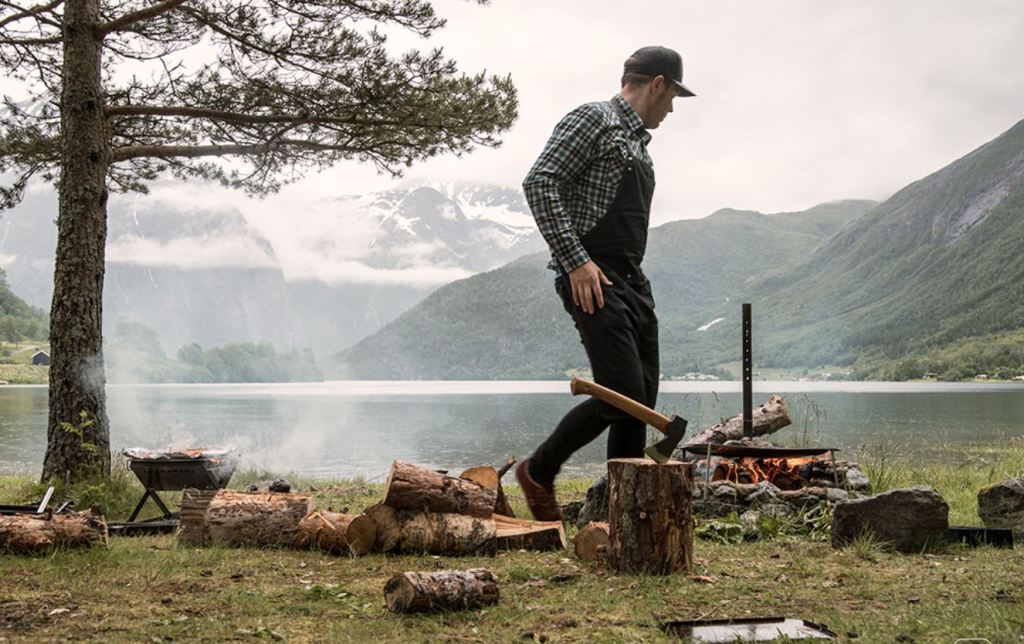 ‘We believed there was a gap in the market. That’s why we considered the project in the first place. And if you work at producing a book that looks nice, with recipes that are tasty and you add a few stories about professional cyclists; then maybe you have a better than even chance of it working. Having Team Sky in there certainly helped [laughs] and we both definitely believed that our concept was a good one. But, to be honest, when it was first published we’d have been happy to just sell the first print run and break even. And it still surprises me today how many people still ask about that first book even though it’s currently sold out. A lot of emails before Christmas [smiles].’

Adopting a similar approach to creating his Velochef recipes that he applied to his time working at a Michelin starred restaurant, Henrik describes starting with the main ingredients before considering what to add around them to make a meal. Though admittedly with a different range of ingredients and equipment than his readers would realistically have available in their own kitchens.

‘In a good restaurant there’s few limitations and therefore, in a sense, endless possibilities. With Velochef, maybe I had to go a little slower. But even so, I think people nowadays are generally more aware of what they’re eating. More focus on individuals taking responsibility for their footprint on this world and that’s not just in relation to the food they choose but also in their everyday lives as consumers.’

Following a second Velochef book with a theme of local recipes and epic rides, recognising the growing trend for gravel riding led Henrik to a new approach by taking his readers out of the kitchen. Inspired by childhood memories of being a Scout when he learnt to cook over an open fire and once again featuring photographs taken by Patrik Engstöm, ‘Velochef: Food For Adventure’ shows Henrik not only cooking over a portable gas stove but also riding his favourite gravel bike across a backdrop of suitably epic Norwegian landscapes. A style of cycling he enjoys whenever he can spare time away from his work and family commitments.

‘I recently moved back to Oslo after 12 years living and working in Stockholm. We have this network of gravel roads that are only 20 minutes from the centre of the city. 550 km of non-stop trails running through the woodland that are used for cross-country skiing in the winter and are perfect to ride in the spring and summer. There’s usually a cabin in the woods where we can call in for a coffee and maybe a cinnamon bun or a waffle. I never do gels or energy bars. If I do bring something I prefer to carry a little sandwich or a banana. I much rather have natural foods to be honest.’

Sometimes accompanying Henrik on these rides, Jonas Strømberg not only features in the images that illustrate the third Velochef book but also recently joined Henrik as partner in a new business venture.

‘The project first started with Jonas. We’ve been friends for a number of years and because he had his bike shop and I was doing my cooking we always said that one day we should do something together. And then two years ago we were both working on a gravel event in Oslo with a quick dinner planned at his place on the night before. The one glass of wine that we poured to accompany our food ended up being four bottles as we just talked into the night; laying down a plan that would usually form the memory of an enjoyable evening in good company but this time we decided to actually follow through.’

‘I asked a few colleagues in Oslo if they knew of any suitable premises for a combined cafe and bike shop. But even though we really felt our concept was strong it soon became apparent that we didn’t have the required finances and resources to get the project up and running. So the idea of working together was starting to fade until, by coincidence, I had a call from Christian Meier to say that he had investors for the Service Course and whether I was interested in coming onboard. I explained that it all sounded really good but we’d committed to this unfinished project. He came to visit with another of his investors before asking when we could open our very own Service Course in Oslo [smiles].’

With the decision made, everything came together really quickly and the store opened in November 2019 with a cafe soon to follow. Both Henrik and Jonas excited at the prospect of establishing the Service Course Oslo as a destination for cycling, food and coffee throughout the whole year. The strip of cobbles that bisect the shopfloor just one aspect of a strong visual identity the pair have brought to their project.

‘I’m a devil in the details. But that originates with my cooking and the constant questions and searching for solutions that comes with the recipes you create. Striving to improve on a daily basis; never standing still. And it’s the same with cycling. I’m not a good mechanic but I’m an expert at cleaning my bike [laughs]. I feel it says a lot about you as a person.’

‘Jonas is a stylish guy,’ Henrik continues. ‘Knows how to ride and brings years of retail expertise. And for both of us, the Service Course Oslo is now a full-time job and we’re working together with this common goal. There’s still things to sort out – paperwork that needs to be done, constant meetings and ‘to do’ lists – but I know that I’ll soon be cooking in my new kitchen. And for me that’s the reward. When I can walk in, switch on the lights and go full gas. Serving good coffee and great food. It can’t get better than that, can it?’

Special mention to photographer Patrik Engstöm for the images he shot to illustrate ‘Velochef: Food For Adventure’ 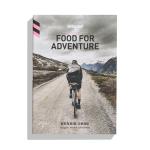