In an age where we increasingly demand goods at the click of an online button, it’s interesting when an individual chooses to embrace the wait for a planned purchase. Maybe the acceptance that quality takes time eases the passing weeks and helps build anticipation. But what becomes immediately clear, when discussing the build of Ian Walton’s new Clementina, is that commissioning a custom bicycle is as much an emotional investment as a purely financial outlay.

‘I wanted a gift for myself after turning 40 a couple of years ago,’ Ian explains in answer to what provided the initial inspiration for placing an order. ‘Something special that I would use. I love handmade things and like to ride whenever I can, so a classic steel frame seemed the perfect fit.’

Decision made, Ian didn’t hesitate in approaching Pau Tena; a good friend and founder of Clementina Bikes. Using Pau’s wealth of experience as a performance biomechanic, the pair worked together to distill Ian’s requirements down to a fully-realised design. ‘It was important to me that I was part of the process. I’d visited the workshop; seen the attention to detail and respect that’s paid to the traditional values of fabrication. And, as Pau’s a creative guy as well as being technically gifted, this background imbues his bikes with a little bit of soul.’

With fabrication based in Barcelona, following a bike fit with Pau an appropriate Clementina frame was chosen from the range of standard sizes. Although custom options are available if there’s a specific requirement, standard frame sizing helps achieve a competitive price point before paint is applied and the final build completed. ‘Even at this latter stage, the input of the individual client is still encouraged,’ Ian points out. ‘We found a Columbus fork that has this beautiful curve and can take 28s. The road doesn’t stop if it gets a little lumpy and, where I live, there’s miles and miles of vineyard roads to explore.’ 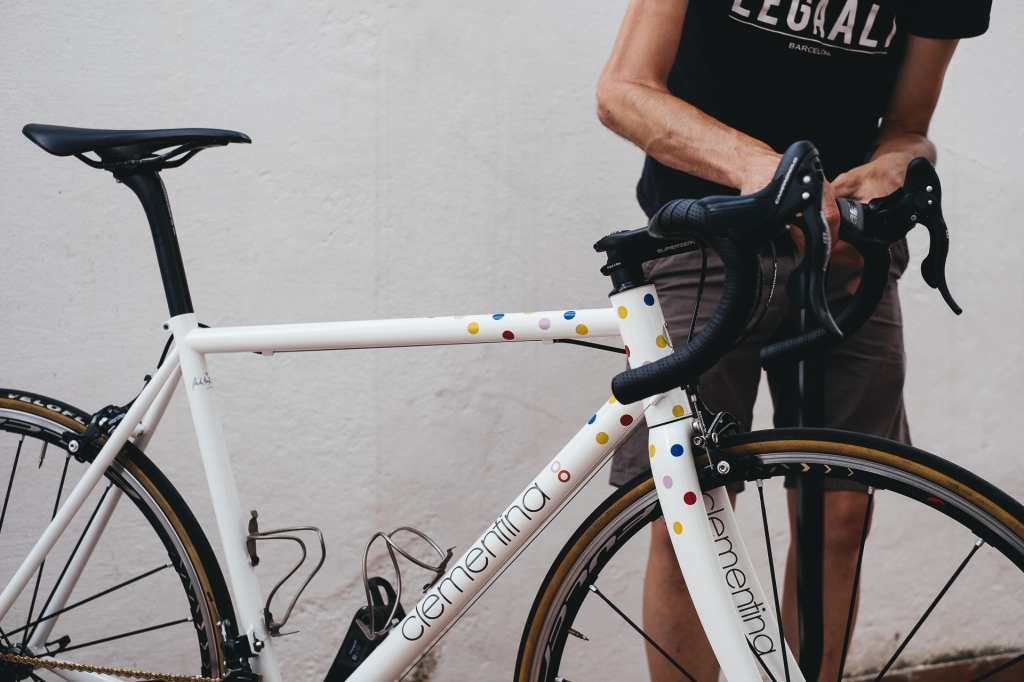 But it was perhaps the choice of paint that prompted the longest discussions and is arguably one of the key features that sets this bike apart from other handmade builds. ‘Pau considers this to be a Mediterranean bike,’ explains Ian. ‘Rooted in the soil and culture of this beautiful region. Each build embracing the southern European racing heritage in a bike designed to perform.’

With Ian previously riding a Clementina painted in a deep claret that references the grapevines and gravel roads that thread the local landscape, it was Pau who suggested the white of this later build after listening to Ian describe the stone houses that dot the hillsides of Andalucia. ‘One of the places where I feel most at peace is a tiny worker’s cottage owned by my girlfriend’s parents. And my frame colour perfectly brings to mind the whitewashed stone walls. It’s on the coast and we stay there as often as we can. Phones are off and we escape from the world. So when Pau explained why he’d chosen the white I immediately agreed. It spoke to me on a very personal level.’

‘The frame is entirely chromed underneath the paint with one chainstay left bare,’ Ian continues. ‘Pau wanted the chrome to have a gold tint and, as he’s originally a painter and thinks along those lines, I was happy to be led somewhat. I’ll admit that I was apprehensive until I saw the finished bike but he was absolutely right. It adds to the design beautifully and nicely references the sun and the sand of the immediate locality.’

When it came to the contrasting colours, Pau’s initial suggestion resonated with Ian. ‘It was almost as if we worked towards the same design decisions but from very different starting points. I wanted something that paid homage to Futura 2000; one of my favourite graffiti artists. He was very influenced by a book called Futureshock that addresses the increasingly rapid rate of change we see in our times. And these ideas stuck with me as I instinctively feel the need to keep moving. Not only in a professional sense but even to the extent of where I choose to live. I’d spoken to Pau about these influences and he came back with the idea for the dots inspired by the native flowers that grow wild over the landscape where I ride. And this beautifully combines the sense of movement through a changing landscape with a timelessness that nature represents.’ 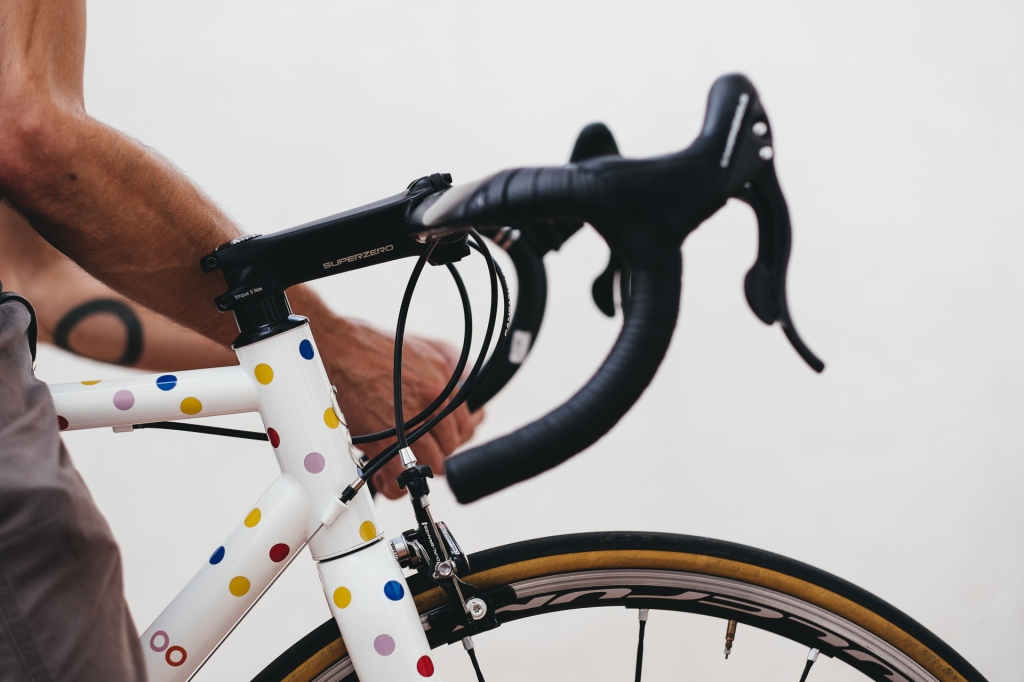 Finished with a Campagnolo groupset and with a head tube badge manufactured in silver by Roc Majoral, Ian acknowledges the sense of anticipation that was heightened by the length of the build process: ‘In the end, as there’s a degree of waiting when you commission a bike of this nature, this very much added to my emotional response. Prior to the call from Pau to say the bike was ready, I was already mentally planning my first ride.’

‘And without wanting to sound clichéd, it nails everything,’ he continues. ‘Pau designs Clementina bikes with race geometry. They’re built to perform and, in the simplest terms, when I put the power down it goes forward. There’s that immediacy to the way it reacts to your changes in tempo. It’s direct but not in a harsh way. Agile but rock solid. It’s like nothing I’ve ever ridden before.’

Naming the bike ‘La Caleta’ – the cove – marries the frame colour with the house that Ian uses as a retreat. ‘It’s a very special place and kind of closes the circle in terms of the reason I asked Pau to build me the bike.’ An interesting expression as it perfectly mirrors the twin circle logo that is found on each Clementina frame. Representing symbols of integrity, harmony and equilibrium, Ian is now at the start of a journey where the waiting is over and the riding has begun.

For more information on Clementina bikes or to place an order, contact Pau Tena: info@pautenaciclisme.com

All images by kind permission of Ian S Walton

One thought on “La Caleta: The story of a bike build”