In the early summer of 2017, Maria Olsson sat across from her doctor following emergency abdominal surgery to remove an 8cm diameter cyst. After listening to a description of the procedure and the requirement for a biopsy to confirm the growth was benign, Maria began to ask whether an upcoming cycling challenge would affect her prognosis for recovery. The event in question was the Rapha Cent Cols – a brutal 10 day trip with an average daily elevation of 4000m – and the determination to even consider attempting the ride post-recovery indicative of an individual well-versed in pushing themselves to breaking point.

‘The doctor was looking at me like I was insane,’ reflects Maria. ‘Everyone else knew I had to pull out but I wasn’t prepared to accept the fact. I was totally in denial and just burst into tears. In a way not even considering my health concerns but worrying how I was going to tell my family and friends.’

We’ve arranged to meet in the exhibition space of the Rapha Manchester clubhouse where the previous evening Maria delivered a presentation on her role as the London-based brand’s Design Manager. Stylishly understated in dress, although her English is fluent Maria’s accent still reflects her Swedish roots with occasional hints of an Aussie twang that references the time she spent in Sydney studying a degree in fashion & textile design.

‘I grew up in a family where my mother and grandma were always knitting and cooking. We never had a lot so it was all about having the skills to complement our budget and we were very hands on. I do remember drawing a lot but at school I was always driven to focus on the sciences: biology, engineering and other technical subjects. I’d decided to go to university in Sydney and originally applied for a degree course in aero-engineering but there were problems with funding and I kind of fell into the fashion & textile thing. As it turned out – possibly rather fatefully – it was something I really enjoyed and was good at.’

After completing her degree course Maria returned to Sweden and a design role working on alpine and cross-country skiing ranges; an office visit from Fabian Cancellara and the Schleck brothers prompting her to consider the challenges of designing cycle-specific clothing and a change in focus that would eventually lead Maria to Rapha Racing. But not before she burnt out, took 6 months off to live in a cabin by a lake and occupied her time with freelance work until the next opportunity came along; a multi-faceted design position that Maria feels encouraged her to look at design problems from a range of perspectives.

‘And then I saw that Rapha were advertising for a designer. Instantly knowing I had to apply; that this was my dream job. So I sent in my portfolio, submitted an application and then, when they did offer me the position, it was a no brainer and I immediately accepted.’

That was back in 2015 and prompted a move to London where she enjoys a sometimes fractious relationship with the capital city: ‘London doesn’t feel like home but, when I’m at work, that kind of does. It’s the people that are around me that make me feel I belong. Much more so than feeling attached to a place.’

‘I love Sweden,’ Maria elaborates. ‘That’s where my heart is. And London can be fun and is full of inspiration. But I grew up in the countryside and the city’s quite a hard place. In a way it lacks empathy and it’s very easy, if you don’t have those people around you, to feel very lonely.’ 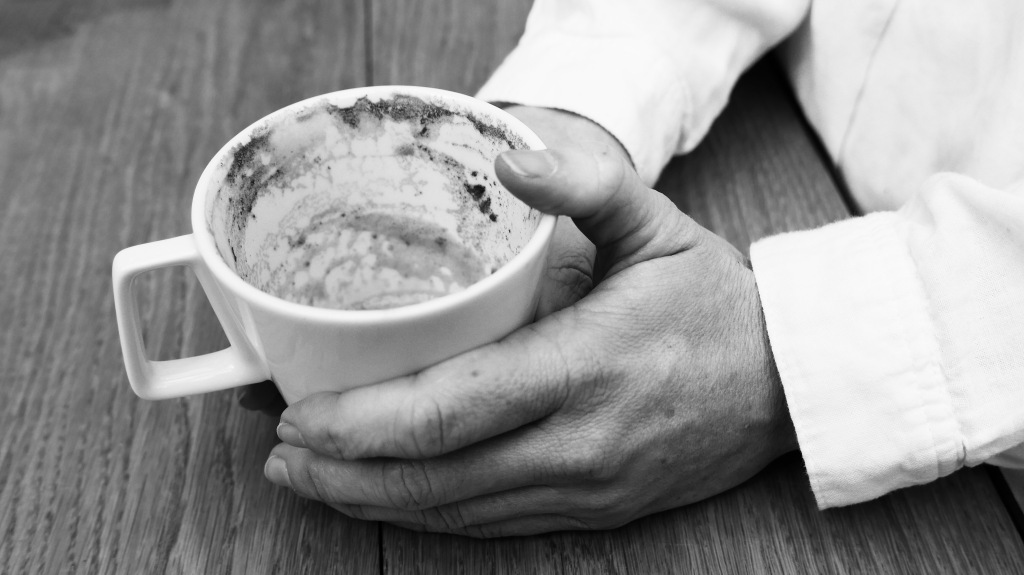 The challenges of city living aside, it’s easily apparent from her frequent smiles that her design position is more than simply a job and is clearly influenced by her own riding. Describing how she arrives on many of the insights and ideas that inform her designs whilst riding her bike – problem solving determined by weather conditions or performance considerations –  interestingly it’s her background in the sciences and engineering in particular that play through in the approach she takes to her craft.

‘Sometimes it’s just an idea. I’m out riding and it hits me. But the way I work, it’s usually about the engineering and how we can apply this to solve problems. The fabrics we have available and how we design the cut and fit of a product. I don’t get super excited about fluffy fashion but I’ve always been really driven by technical aspects. Marrying form and function to make items that are not only beautiful but also user-friendly.’

A passionate approach to her professional life that proves difficult to balance as Maria admits – with a wry grin – that she’s always more or less on. ‘I have to force myself to switch off. Sometimes through cycling as it acts as a kind of therapy or sometimes by watching really stupid things on TV. I need that occasionally otherwise I’m worried my brain’s going to overload.’ This need to distract and unwind perhaps in part prompting the quote from T.S. Eliot* on her blog and the reason she decided to consider the Cent Cols Challenge in the first place?

*[Only those who risk going too far can possibly find out how far they can go. — T.S Eliot]

‘I’ve always felt quite different from everyone else in my family and I think, because we’ve had to overcome a lot of obstacles, this made me want to find my own path. I’m naturally quite independent and not afraid to push myself. Always super stubborn. And in everything I do, I commit to it. All or nothing.’

As it turned out, it was Maria’s own body that called time on the Cent Cols; the hurt of that decision still lingering on a year later and offering an insight into her younger years when she played football and danced.

‘I’ve always enjoyed feeling strong. I like the adrenaline and physicality of sport; the challenge of how far I can push myself, how good can I get. But I guess in the past I’ve been a little selfish in the way I’ve treated my body. Because I’m so determined – stupidly so – I’ve been guilty of pushing myself too far and all the issues I now have with my knees and feet are testament to that. I kept on going when my body was telling me to stop. And it gave me lots of warnings. But if my knee was completely fucked I’d still assume that the next day it would be better. I’ve done two Manchester to London rides like this where I literally couldn’t walk when I climbed off the bike. Believing that if you can just push through that barrier you’ll go into shock and the pain will lessen. But I feel that now, as I get older, I’m finally learning to be more respectful of my body.’

Listening to Maria describe her attitude to pain and suffering – almost at odds with her slight build that still has a dancer’s poise – I wonder how this mental toughness translates into her everyday life? Whether it influences her interactions at work and how she negotiates?

‘I try to listen and I’m not one for pitching ideas if I haven’t really thought them through. I’ll have done my research before sketching it up and maybe getting a prototype made to actually see if it works. Sometimes it fails – probably 50:50 – but you never stop trying and you can always learn from these mistakes.’

As Maria’s designs are obviously influenced to a large extent by her own riding, working for a company that encourages its staff members to spend Wednesday mornings out on their bikes is just another aspect of her role with Rapha that she appreciates and feels is fundamental in delivering the company’s ethos; these midweek social spins balanced by weekend riding and the challenges of commuting by bike in the capital.

‘It’s not easy and the rare times that I don’t want to ride at a weekend is usually after I’ve commuted the full week by bike. You spend too much time concentrating on not getting killed for it to be an opportunity to unwind after a busy day at work and I suppose that’s why I come up to the Peak District so often to ride. I love Manchester. The people are really friendly and it’s so much easier to get out of the city and into the countryside.’

Happiest when riding her bike up a mountain with some good friends or visiting the very north of Sweden where she relishes the sense of emptiness – Maria suggests that it’s so quiet you can hear your own heart beat – these moments of blissful detachment are perhaps telling when considering the personal losses she suffered at a comparatively young age.

‘I was handed this big chunk of pain with the loss of my mum that has scarred me forever but doesn’t hurt every day forever. And I think I would have been a different person today without that sense of loss. It was a consistent period of hard times but it has helped me achieve a good perspective on life. That it’s not all shiny and sparkly. And I certainly don’t give a crap about the small issues that used to worry me.’

‘Material things mean very little. In my work, by necessity, I’m super organised but outside of that environment I’m very chilled about stuff and tend to go with the flow. That wasn’t always the case [laughs]. I remember when I was still at school and I had every waking hour planned. But now? Maybe we need to be with someone that’s the opposite to ourselves? If you’re a thinker – as I am – you need to pair up with a doer. It’s important for me to see solutions to problems rather than the problem being the endpoint. And people have a tendency to sweat the small stuff when, if you step back, you realise that on the scale of things it really isn’t that important. It’s like this obsession with Strava. I don’t record everything and if it’s not on Strava it still happened [smiles].’

As it’s time for Maria to head home – she fires off a final few emails before packing away her laptop ready to ride to Stretford where she’s based when visiting the city – I ask about her plans with Rapha and what her next career move might be.

‘I guess I have some kind of vision but I try not to plan too far ahead. I’m taking it as it comes because I love my job with Rapha and my life as it is now. So, we’ll see. Who knows what the future holds?’

One thought on “Maria Olsson / Determination by design”