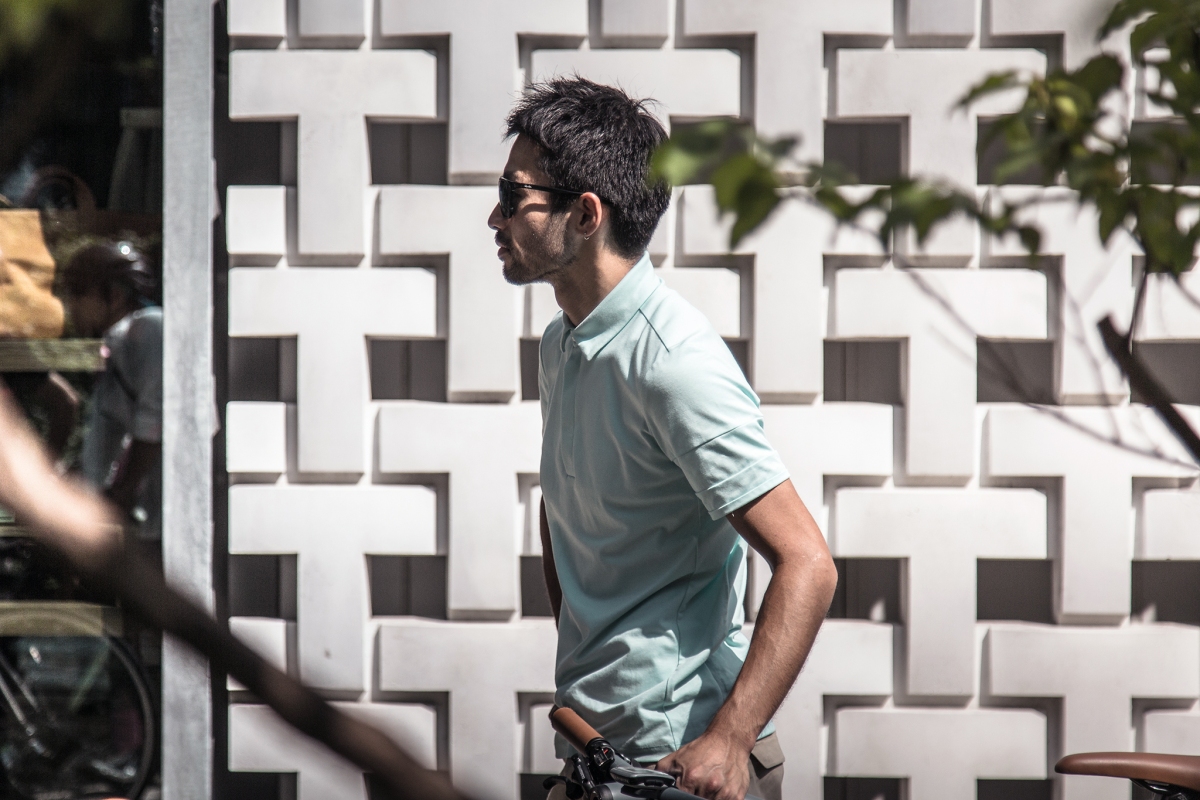 Visit any city for the first time and there’s a period of adjustment as you stand and take your bearings. Often at the exit to the airport terminal – leaving behind the recognisable architecture of the arrivals hall – you’re immediately faced with a multitude of sensory clues to your new environment. The sheer sense of scale when arriving in Tokyo – home to 13 million – might on face value make this process of acclimatisation more of a challenge but according to Hiroki Mitsui there’s a sense of order and calm to be discovered that balances the busy city streets.

In his role as Rapha Cycling Club (RCC) Chapter Coordinator and with a 35km commute by bike from his Funabashi home in the Chiba Prefecture, Hiroki is perfectly placed to understand the rewards of cycling in Japan’s capital.

‘When you’re living in Tokyo,’ he explains, ‘you can do everything by bike. It’s faster moving from point to point than by car. Even if you decide to take the train, you can reach your destination just as quickly by cycling. And when riding you get to enjoy all the interesting architecture and everyday Tokyo streetlife. Our Rapha clubhouse is located close to Harajuku; a district popular with young people due to its shops, cafés and karaoke bars. But there’s a hidden aspect to this area if you start to explore the narrow side streets where it’s very quiet and peaceful.’

Not that Hiroki and his RCC members eschew public transport altogether; finding trains useful if they’re planning a longer ride outside of the city centre.

‘We tend to travel for an hour or so out into the countryside before starting our route. We call this ‘rinko style’ in reference to the nylon bag that you need to cover your bike so the train carriages are kept clean and safe for other passengers. It’s a legal requirement but also shows good manners. We’ve been collaborating with Fairmean to produce a super lightweight version that’s easy to use and it’s surprising how stylish and beautiful a bike looks when it’s covered and sitting on the train platform [smiles].’

Although the suburbs and open countryside offer quieter roads, Rapha rides in Tokyo are not restricted to the city’s outskirts and Hiroki is viewing with interest the proliferation of new bike lanes in preparation for Japan hosting the 2020 Olympic Games.

‘You can take a train out to the Boso and Hannoh areas as these both offer routes with plenty of climbing and beautiful scenery. Or there’s the Arakawa river-side bike path that winds its way out from the heart of the city with car free cycling and even distant views of Mt. Fuji on a clear day. If you prefer to ride from the clubhouse there’s a night ride we do that passes through the Meiji Jingu Gaien Park before skirting the Imperial Palace and crossing the Kachidoki Bridge; colourfully illuminated with views of the river and the city skyline.’

‘The Imperial Palace along with neighbouring Akasaka Palace,’ Hiroki continues, ‘are also the locations for Wednesday night laps and there’s a strong racing scene with crits especially popular with our RCC members. Winter brings the cyclocross season which offers racing for all abilities and there’s a lot of interest in long distance cycling alongside our regular social rides.’

Like other Rapha clubhouses, Tokyo is open to all with customers calling in for a coffee or lunch; Hiroki hosting a popular monthly RCC social evening that gets an average of 40 members attending.

‘Our members are from a variety of backgrounds but all share a love of cycling. Mainly they ride on the road because they don’t want their beautiful bikes to get too dirty and the gravel in Japan is much rougher with a mixture of large rocks and stones so it’s not for everyone. In terms of the weather there’s a rainy season during June and the mid-summer temperatures require us to escape to the higher mountains where it’s cooler. But for the majority of the year we can ride really easily.’

The vending machines outside convenience stores are another aspect that characterise Rapha Tokyo rides; Hiroki including them in his routes so his members can easily replenish their ride supplies without the need for a long wait. ‘These vending machines are found everywhere; even in the remote countryside where you can get a can of hot coffee in mid-winter. But cafés are a popular feature on city loops,’ Hiroki comments with a smile. ‘Although our riders rarely order an espresso. We tend to want to stay for longer and chat over a latte or flat white.’

Cultural considerations that imbue any visit to Rapha Tokyo with a richness of experience in part deriving from the delicate balance the city holds between both contemporary and traditional values. A vibrant cityscape that embraces technological innovation yet still functions daily according to an unspoken set of social rules. A contradiction not lost on Hiroki as it even extends to the official cycling laws that are arguably ignored on a daily basis but stipulate a potential 20,000 Yen fine for riding two abreast. 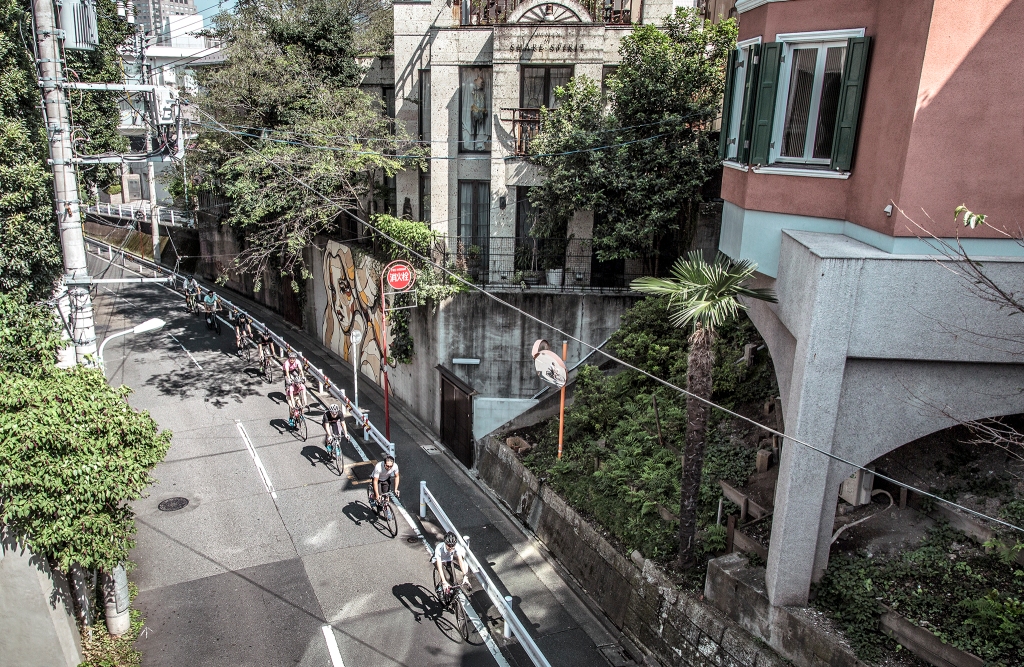 ‘Our rides – especially on the busier city streets before we reach the suburbs – can seem quiet because officially we can’t ride side by side. You follow the person in front and when you stop at the traffic lights you catch up on your conversation. But you can see from what they post on their Instagram feeds that they enjoy the social aspect of riding with other members. We might be quiet in our pace line but there’s plenty of laughter and smiles when we stop.’

All images with kind permission of Lee Basford